HOW DO YOU TAKE MY COFFEE? 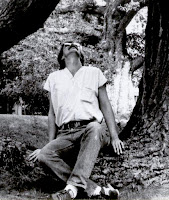 by B. Elwin Sherman


Lots of talk these days about how we’re losing our privacy. Everywhere we go, we are being watched. Everyplace we speak, our voices are being recorded. This is perhaps best evidenced by the fact that politicians are now too often caught unawares in the act of saying what they really mean, and being exposed when telling the truth can ruin a political career.


Senior Wire News Service syndicated humor columnist writes from Bethlehem, NH.  Copyright 2019, all rights reserved.  Used here with permission.  You may contact him here via this blog.  His new book: “Walk Tall and Carry a Big Watering Can,” is now available at nhbooksellers.com, and via his blog at witbones.com.