CAPTURED THIS FROM THE RUTHIE FOSTER concert here in Bethlehem on Saturday. 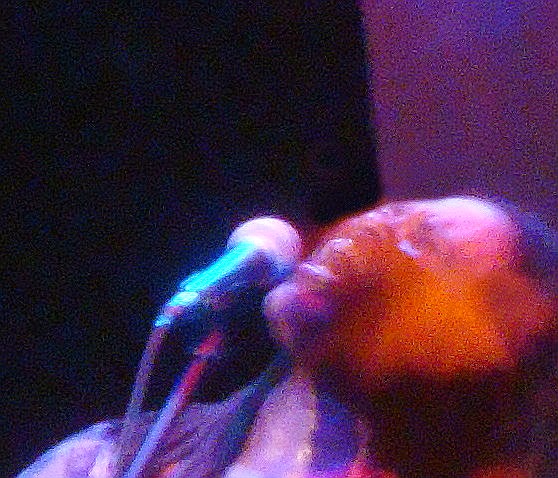 THIS COLUMN'S A BIT OF A DEPARTURE FOR ME, but If your life is touched by Parkinson's disease or other chronic illness, I hope you'll be well-served by it.

Walk along for a bit. 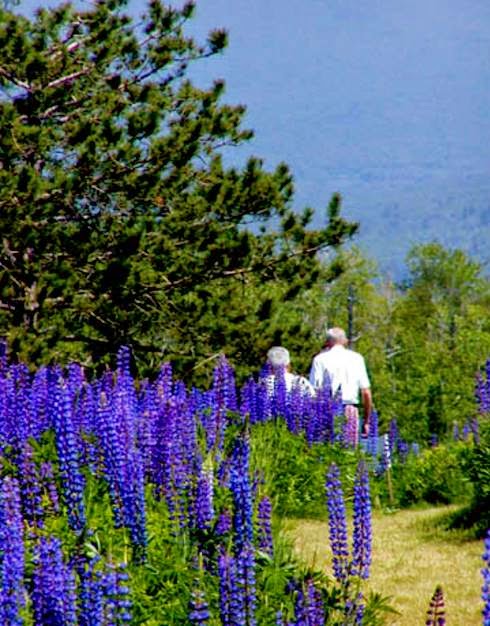 Sam and Cecilia had been together for fifty years when I entered their lives as one of Sam’s home caregivers. Sam had Parkinson’s disease. So did Cecilia. Sam’s was seated in his brain and body. Cecelia, as Sam’s lifelong partner, had it in her heart and soul.
This is the crux of the challenge for any healthcare professional providing direct patient care in any home or clinical environment: recognizing that all our patients come to us with problems that also deeply disaffect the lives of others, and that our assessments and interventions must always include the patient’s “inner circle” of support.
In my 35 years of nursing practice, I’ve tried to operate from a self-imposed simple premise: meet people where they are, not where you want them to be. Easy to say, but also easy to overlook when one is so focused on fixing and healing everything (as caregivers are wont to do), even when curing has been removed from the language.
I emphasize the latter, because aside from right here, “healing” and “curing” have no business in the same sentence. I’ve witnessed extraordinary healing when curing has turned from elusive to improbable to impossible. No matter the critical mass, there is always healing to be done up to the moment of a passing … and beyond the loss, for those left behind.
To meet people where they are, we need only call up the words of Florence Nightingale: “Let whoever is in charge keep this simple question in their head: not how can I always do this right thing myself, but how can I provide for this right thing to be always done?”
With Sam and Cecelia, this presented clearly, but a clear path alone does not provide the ability needed to navigate it. As Sam’s caregiver, my plan was to help both him and Cecelia create an environment where they could enjoy optimum quality of life, and provide times and places where they could best take what Confucius called “action steps” --- measures that helped them remain true to their true characters and life together, especially when the goals changed or became unattainable due to the intractable constraints of PD.
Here, we needn’t belabor the host of variables that come with Parkinson’s, and how what is universal in all sufferers presents itself on so many levels. What works for one patient has little or no effect on another. Even more challenging, what works today, or even this hour to ease pain and keep one purposeful, may not work tomorrow or an hour from now.
As time passed, I watched Sam’s form and function change. My interventions, often invented on the spot, had near miraculous effects in the resulting behaviors, or they had no impact at all. Frustrating for Sam and disheartening for Cecelia, as she watched her husband transform from the man she’d intimately known for half a century into a figure that she hardly recognized. Worse, and most difficult to bear … into a man who didn’t recognize her.
My job (never forgetting Ms. Nightingale) was not to do the right things, but to help create ways for the right things to be always done.
I constantly discussed Sam’s changing cognition and somatic functions with Cecelia, and we worked together to deal with what she called “little pieces of him falling away,” and to find venues that Sam could effectively use in adapting to those losses, even the ones for which he was becoming increasingly unaware.
As he had more “freezing” episodes, we’d switch his walking cues from using a metronome, to following a laser pen light dot on the floor, to setting “the blue stick” down (a colored ruler that, when placed in front of him, somehow “triggered” his legs to move).
Sometimes, it was as simple as a tug on his sleeve, or a repeated verbal cue, or an awful limerick, or a suggestion of a song. Sam had sung professionally for years, and giving him the opening lyric to “As Time Goes By,” could send him into a lucid and soulful rendition of it, and for reasons that only poets can explain, immediately set his feet in motion.
Using input from Cecelia on their times gone by together, I could sidetrack Sam from his difficulty finding words which he might voice as nonsensical, by showing him old photographs, taking him for rides in the country past boyhood haunts, even once visiting the cemetery where his parents were buried, prompting him to regale me with anecdotes of them and other relatives lined up there.
Those little reorientations helped to keep Sam Sam --- the Sam who knew Cecelia as his long-beloved, and who was still giving and receiving that love.
Even near the end, as Sam’s tremors and halting gait increased, as his speech became softer and less intelligible, as the medications were less effective, as his windows of cognition closed, there were flashes of good humor and returns to the now.
At one late lunch, I asked Sam how he liked the pizza. He froze, holding a slice in mid-air. Several minutes passed. We sat in silence. Finally, he grinned, looked up at me and faintly said, with just a hint of his all-Sam mischievousness: “If you’re waiting for me to speak, you might have a long wait.”
Later, Cecelia told me: “I can see more and more that it’s becoming one step up and two steps back … but we’re still walking them together.”
Action steps.
Healing as time goes by.

Senior Wire News Service Syndicated Humor
Columnist B. Elwin Sherman writes from
Bethlehem, NH. He is an author, humorist
and long-time eldercare and hospice nurse.
His latest book is “Walk Tall and Carry a Big
Watering Can,” from Plaidswede Publishing.
You may contact him via this blog.
Copyright 2014. Photo by B. Elwin Sherman. All rights
reserved. Used here with permission.
Posted by B. Elwin Sherman at Tuesday, August 12, 2014 No comments: