(Please join her and support
her performing arts company, below.) 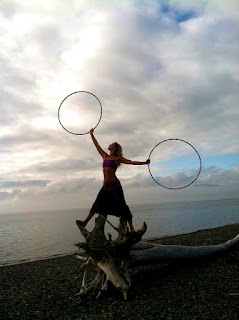 Erin Lovett-Sherman, Artistic Director of ARTSFEST, is a dancer, choreographer, educator, and director. She earned a BFA from The University of the Arts, and has danced and choreographed for several dance companies including Group Motion Multi Media Dance Theatre in Philadelphia.
Erin created ARTSFEST in 1999. Erin teaches performing arts classes including Aerial Dance and Circus Arts as well as Musical Theatre and all genres of Dance.  She creates multi-disciplinary work by encouraging collaboration between artists of all genres and by exploring and celebrating improvisation.
Her innovative choreography fuses Hip Hop, Theatre, Stomp Percussion, Lyrical and Modern Dance.  She serves as Artistic Director for the Wolfeboro Creative Arts Center Summer Theatre in NH.  Erin has choreographed over 25 Shows including Beauty and the Beast, High School Musical, Camp Rock, The Music Man, Grease and DROOD as well as original productions.
Erin has performed and directed all over the world including India, Quebec, Russia, Lithuania and throughout the U.S.  Erin also is the Director of Youth and Outreach Programming and Circus Arts coach at New England Center for Circus Arts.
Posted by B. Elwin Sherman at Friday, October 27, 2017 1 comment:

LUCKY CAPTURE of this beauty, taken from a kayak 100 feet away on a remote North Country pond. He was unperturbed, barely paying us beak-service as wildlife interlopers, tolerating the paddle-by below with this backward glance, hardly flapping a feather over our intrusion.
What a grand creature, and a privileged moment. 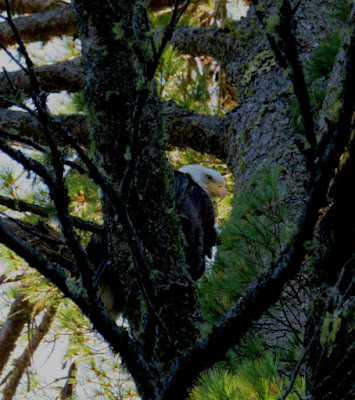 Senior Wire News Service Syndicated Humor Columnist B. Elwin Sherman writes from Bethlehem, NH. He is an author, poet, humorist and agony uncle columnist. His latest book is "The Dioecians -- His And Her Love." You may contact him here at Witbones.com. Copyright 2017. All rights reserved. Used here with permission.

Posted by B. Elwin Sherman at Wednesday, October 25, 2017 No comments:

THE GENERAL AND THE SPECIFIC KELLY 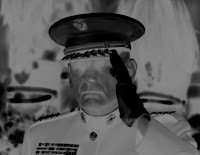 Shame on you.
I earned the right to say that to you because I've honorably worn the uniform.  Yes, I respect your service and the loss of your heroic son to this country, but in your standing for and defending the current occupant of the White House, you've lost your personal honor and credibility.
How dare you, and in fact how can you ally yourself with this moronic wretch of a man, who has repeatedly shown his disdain and disrespect for this country's heroes and their families? Have you been living in a bubble? Then, let me pop it for you with a few Trumpisms:

“He was a war hero because he was captured. I like people that weren’t captured.” --- Donald Trump, speaking on Senator McCain's service and sacrifice for this country.

"I always wanted to get the Purple Heart.  This was much easier."  --- Donald Trump, speaking after a wounded combat veteran gave him his Purple Heart medal.

"It's my personal Vietnam - I feel like a great and very brave soldier." --- Donald Trump, speaking about the challenges of his avoiding STD's with multiple women.

“Are they playing that for you or for me?”  --- Donald Trump, speaking in a Fox interview with Sean Hannity at Harrisburg Air National Guard Base. In the background, the traditional bugle call Retreat was being played as the colors were lowered.

But, let’s forget the military for a moment and look only at what this degenerate-in-chief said about his own daughter: “Yeah, she’s really something, and what a beauty, that one. If I weren’t happily married and, ya know, her father…”

As a man, a husband, and especially as the father of a daughter yourself, if that alone doesn’t fill you with disgust; if that doesn't prompt you to distance yourself as far as possible from #45, then, like I said, shame on you.

And, lest we forget: "I did try to fuck her. She was married."  Or, the now infamous "And when you're a star, they let you do it.  Grab 'em by the pussy. You can do anything." So, I'm assuming that it would be OK with you if Donald Trump spoke about or greeted your wife and/or daughter that way?

In my opinion, General Kelly, for you to continue in your current position shows the true measure of your character. I salute your rank and sacrifice, but you, sir, have become a poor measure of a soldier: grossly derelict in your duty.

Pardon me if I don't address you with your titles, but when you earn them, perhaps I'll consider it.  So far, you haven't.  In my mind, you're both insults to the high offices you hold (Remember? The ones We The People gave you?).

Now, pay attention, boys: "Taking a knee" during the playing of the national anthem at football games is NOT unpatriotic.  It is dissent, and dissent is the heart of patriotism in this republic.  And though it's an action that I personally would not do, I respect and support the right of these players to do it. You might say I respect and support the U.S. Constitution.

It's why I put on the uniform years ago: to protect the right to dissent in this country.  You and Don must answer for why neither of you served in the military, but meanwhile, don't use me and your "support the troops" rhetoric to power-up and politicize your self-serving positions. You want to support and respect and thank me for my service?  Get off your jingoistic soapboxes, quit your chickenhawk saber-rattling, and acknowledge that Our right to protest is protected by the 1st Amendment.

Shame on both of you morons.  Strictly speaking, you two are the subversives.

Oh, and btw, Mike: it seems that your attending an NFL game only to leave it prematurely was a well-choreographed stunt -- a stunt that cost us (We The Taxpaying People) around $100K -- all so you and your boss could feign an act of ... wait ... could it be ... DISSENT?  How quaint, you hypocritical sonsofbitches. 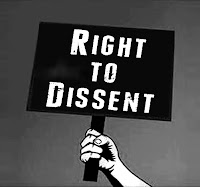 "There are men - now in power in this country - who do not respect dissent, who cannot cope with turmoil, and who believe that the people of America are ready to support repression as long as it is done with a quiet voice and a business suit."
--- John Lindsay
Posted by B. Elwin Sherman at Saturday, October 14, 2017 No comments:

THE EYE HAS IT 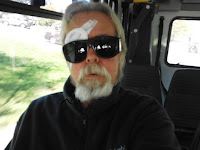 My thanks to Dr. Morhun & the staff at the VA hospital for my eye surgery today.

I can now see things I didn't know were there, or things I thought were something else.

Thanks again to all the eye people at the White River Junction VA Medical Center.  You're the cat(aract's) pajamas!

I LEFT FACEBOOK TODAY after several years of likes, dislikes, and waves of friends (and friends of friends) coming and going, some unceremoniously, some with big bangs.

I did it to spend more time on a few writing projects, and because of some mad depressions, chronic Trumpitis, too many doses of TMI given and received, and a surplus of unrequited hurricanes (you’ll have to figure that out for yourselves).

I’m also taking a hiatus from the News, real & fake, and will limit that intake to once weekly.  The Huffington Post has become a mush of Tabloidian titillations, anyway.  This actually might be fun, as everyone else will continue to be demoralized daily by #45, I can store up my heightened anticipation of outrageous-er and outrageous-er Tweets from the runamok manchild in The White House, have a good laugh, let go of it, move on and store up the seriocomic angst until the following week (rather like how Confession works).

Sooo … after today, if anyone would like to palaver, buy my books, or commiserate on our collective national nightmare, just comment below or use the links here, where you'll find connections to booksellers and my snail- and e-mail addresses.

Meanwhile, a pumpkin-bodied grandson will tide us all over nicely. There's a secret of life in there somewhere.
Posted by B. Elwin Sherman at Sunday, October 08, 2017 No comments: